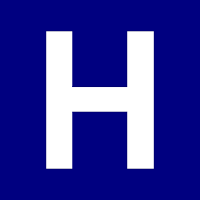 Things to be done before leaving India:

- Being hospitalized in an Indian hospital for a stomach infection...

Well, I was missing the latter (quite a significant shortcoming having already spent nine months here), but managed to adequately make up for it in the past couple of days, and can now thick this box as well. Now I can proudly say I fully experienced India...

Sudden high fever, vomit, diarrhoea; I was rushed to hospital and, after a rapid consultation, attached to a phlebo, pierced by dozens of needles for blood samples and injections, and - above all - deprived of the World Cup for two entire days, as the TV in hospital (which had no less than ten sport channels) only broadcasted cricket matches.

But all is well that ends well, and after two days of seclusion, I have finally been realised - a bit thinner than before, but overall ok.

‘If you are hungry, have as many eggs as you want’.

Toshi and Kaz, my two Japanese friends here in Delhi, seem to have the magic bullet: noodle soup (at least, this was what their mums used to cook them during their childhood when they were sick).

But the sneer has come from Pansigh, our factotum. After having cheerfully welcomed me back home, he told me without beating about the bush that the reason why I got sick is simply because I do not eat Indian food (!). ‘Enrico-boss’ (that’s the way Pansigh calls the previous tenant, Enrico*) ‘always Indian food for dinner and never sick. You always pasta for dinner and you always sick. Pasta do not give energy’.

And offered to cook dahl and rice for the night.