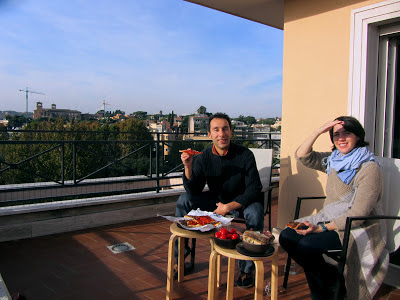 Having both a job here now, the chances of staying in Rome for quite some time, or of eventually returning to Rome should we decide to be outposted for a while, are quite high.

And although the ‘rental subsidy’ - the subsidy we receive on our rent - is quite a disincentive not to rent, we are in fact considering buying.

At the beginning timidly, then more and more daringly, and now obsessively. Our lunch-breaks, after-work hours, and often our week-ends are spent frenetically visiting apartments. There is no real estate website that we have not consulted and that we don’t keep monitored. Real estate agents know us by name by now.

The problem is that we have been too spoiled with our present apartment, and now we don’t even take into consideration anything that is not in the centre, at the top floor, with a huge terrace, and with a breathtaking view. (And with a garage).

Well, where is the problem? you would wonder. 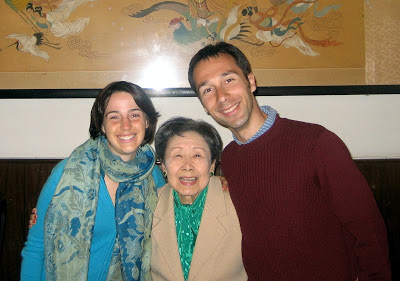 When an old man dies, it’s as if a library burns down - an African proverb says. But not only...

Uncle Bernard and Auntie Cora left us recently. Auntie Cora on Saturday. At the venerable old age of 102 and… (well, we never knew it for certain as - for a feminine mincing way - she always declared a few years less than her real age) - respectively.

Distant relatives, but very present in our memories. Uncle Bernard was for Mathilde the ‘family home’ in La Bourboule, her childhood’ summer holidays, the common element with her cousins. Auntie Cora was for me the last connection with my Chinese roots, a second Nonna Mabel, a 20 dollar note in a red envelop for Christmas.

We haven’t seen them for years. Mathilde missed Uncle Benard’s 100th birthday because we were overseas. And I couldn’t meet Auntie Cora in Los Angeles at Rex’s wedding in September because she could not travel anymore. And probably, we would have not had an opportunity to meet them for many other years.

But still, the sudden awareness that we won’t be able to meet them anymore leaves us a strange sense of void.

But to avoid being pervaded by a deconstructive sense of melancholy about what ‘could have’ but ‘has not’, I am trying to focus on ‘what we did’. And the images that come to my mind are those of my only meeting with Uncle Bernard, at the very beginning of my story with Mathilde, when Mathilde and I spent a couple of days in La Bourboule, Uncle Bernard kindly invited us for dinner, and Mathilde introduced me as one of her university-mates (has he ever swallowed it?). Or those of our Chinese dinner with Auntie Cora during our mini-honey moon in San Francisco, just after our wedding in DC.

The things that happened in the past weeks 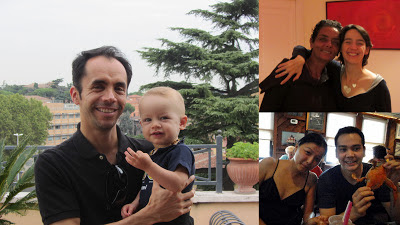 Apologizes for the long absence from the Blog, it has been (actually it still is) a rather busy period.

So, where were we? So many things have happened in the past weeks that I don’t know from where to resume. Mathilde’s trip to Montenegro to attend Vanessa and Thor’s wedding? Her recent business trip to Brussels*? Our ‘default’ trip to Dubai to attend Arndt and Prerna’s wedding? And I still have to post the pictures and the stories from our trip to the Red Sea…

But rather than telling about our trips, I’ll start with the visit we received lately instead.

Manu from Kenya, Ricardito from Colombia, Sachi and Adams from DC, and Ulrike (sorry no pictures of her visit) - still from DC. Receiving these visits from faraway has been a bit as travelling ourselves.


Thanks for coming and visiting us, and come back soon!

(*) My 'business' trips to Pakistan are not a novelty anymore.
Posted by Unknown at 10:56 PM No comments:

Hopefully not a florist…

Those who made the military ‘call up’ visit when they were 18 (the so called ‘tre giorni’, three days), would certainly remember that at a certain point during the process we had to sit and complete a neverending attitudinal test which was supposed to reveal our psychological profile, and, thus, our psychological fitness for the military service.

Hundreds and hundreds of questions among which I still remember ‘Do you hear voices that others do not hear?’, ‘Do you believe in the Great Soul?’, ‘Has your mother been a good mother?’ -  and many many other.

Well then, among those questions there were two of them - ‘Do you like flowers?’, and ‘Would you like to be a florist?’ - which, according to the at that time metropolitan legends, were meant to reveal whether you were homosexual or not. And well, according to those metropolitan legends, independently from whether you actually liked flowers or not (or whether you actually wanted to be a florist or not), you had to categorically answer ‘no’ - if you wanted to avoid being sent to the psychologist for further controls later. 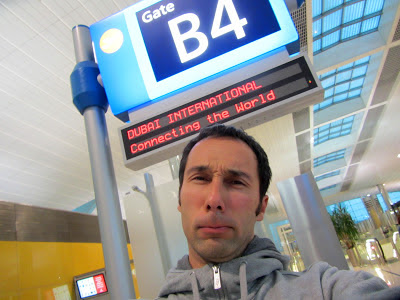 Apologizes for the long absence. It has been a rather tiring and stressful period.

But now, back on line. And in a few hours, back home!
Posted by Unknown at 8:30 AM No comments: 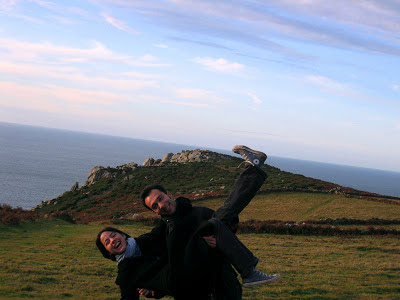 Nine years together today.
And feeling as the first day.
Tanti auguri a noi (best wishes to us, félicitations à nous)!
Posted by Unknown at 11:18 PM 4 comments: 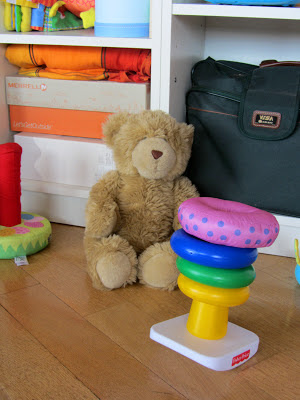 With such a name, Leo could not be other than a genius. Almost…
Posted by Unknown at 11:31 PM 5 comments: