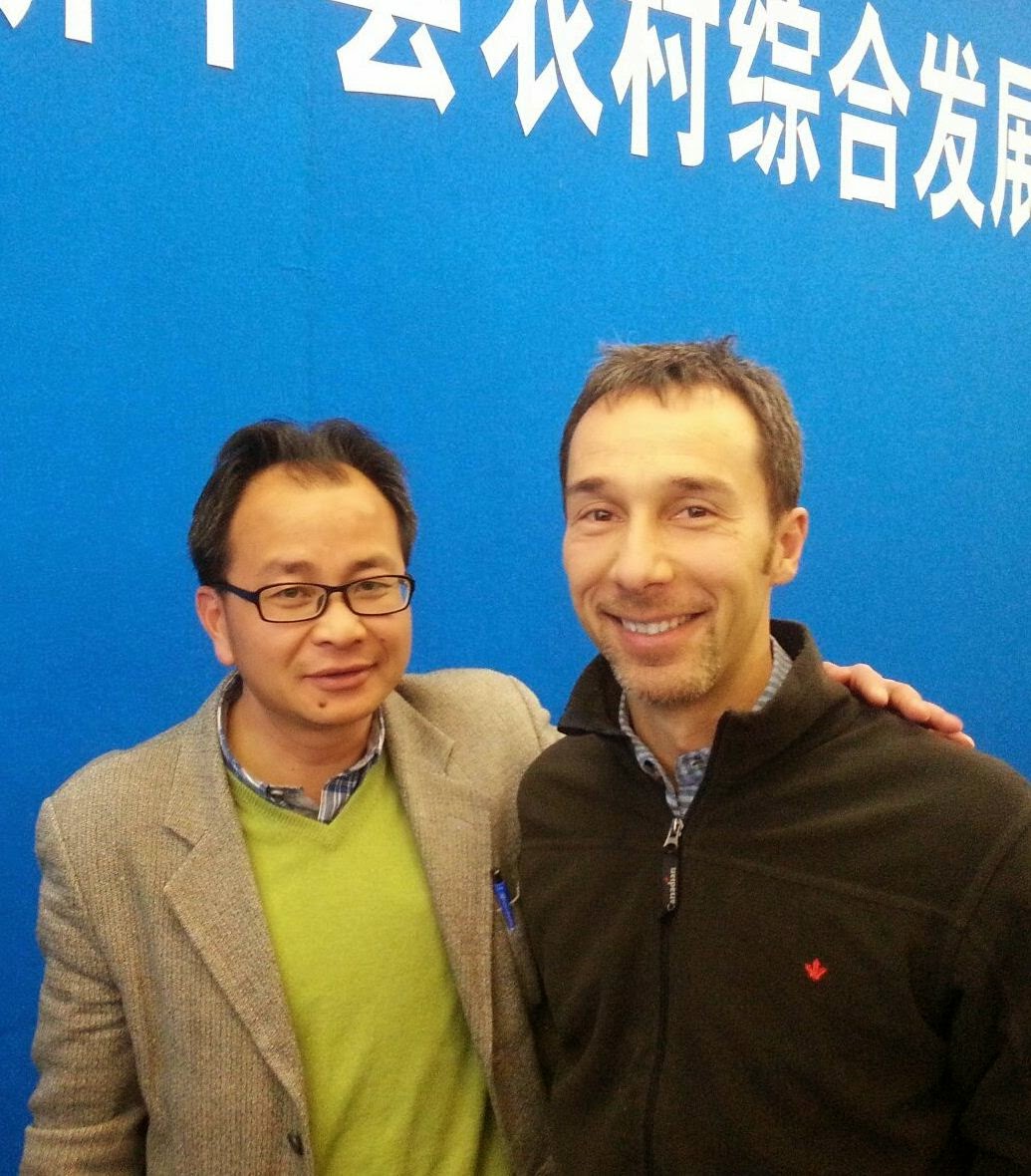 That of ‘the world is small’ and of the ‘chance encounters’ around the world is a recurrent theme in our Blog (ref. to Emanuele, Henrik, Juan Carlos, Martin, Bruno and Alejandro just to name a few recent ones).

But what happened to me a few weeks ago in the middle of the Yunnan province in China is somehow… surreal, because I met a person that… I didn’t know!

Let me explain. I happen to be on a field visit in Yunnan, in the Xinping county, a few hour drive from the capital Kunming, when I exchanged my business card with a local officer of the Bureau of Agriculture, Mr. Fu Hao, who, when he read my card, said:

Now, there are many Mattias in Italy, and 1994 is 21 years ago (I don’t even remember who I met 21 years ago) - so the chances that I knew this person were practically zero. But, incredibly, when Mr. Fu started describing a bit this Mattia we discovered that the Mattia he met 21 years ago is the same Mattia I know!

Well, I may be trivial, it may be a cliché, but it is true: the world is small!
Posted by Unknown at 9:05 PM No comments:

Buffet at the Kunming Hotel 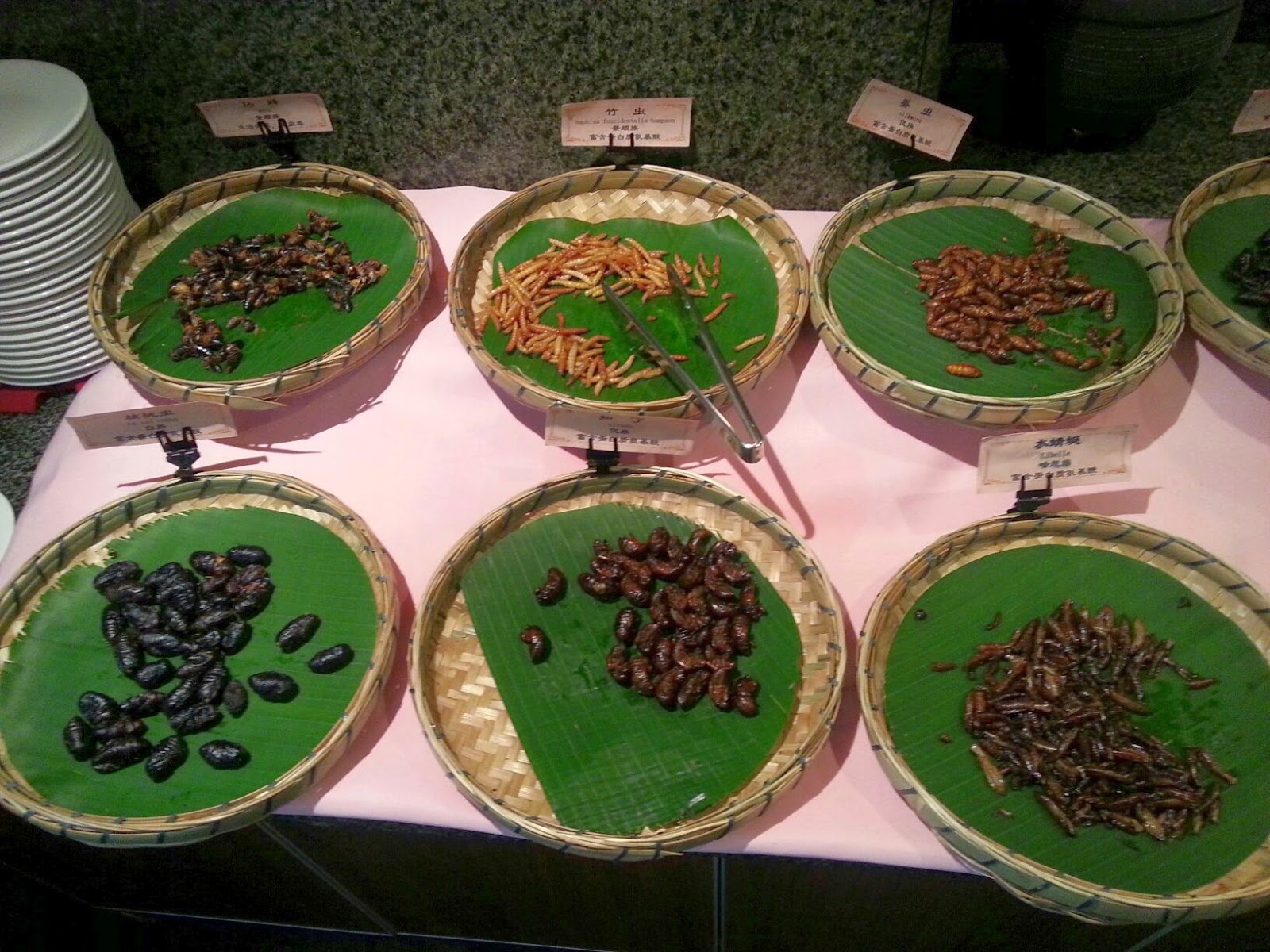 Mathilde says that, food-wise, I am spoiled.

And she is right: after one week on mission I am craving for a plate of pasta, a mozzarella, some Parma ham. As soon as I land in Fiumicino, the first thing I do is to have a cappuccino and a cornetto. My favourite restaurants in Addis, Washington DC, and Delhi, where I spent overall ten years of my life, were the Blue Top, Two Amys, and Amici - all Italian restaurants.

Well, do eat for a week at the buffet of the Kunming Hotel in Yunnan, China, and then let me know…

(Ps: for the records, on the buffet you can find bamboo worms, cicadas, wasps, silkworm pupas, grasshoppers, dragon flyers, and holotrichia. Help yourselves, as much as you like!) 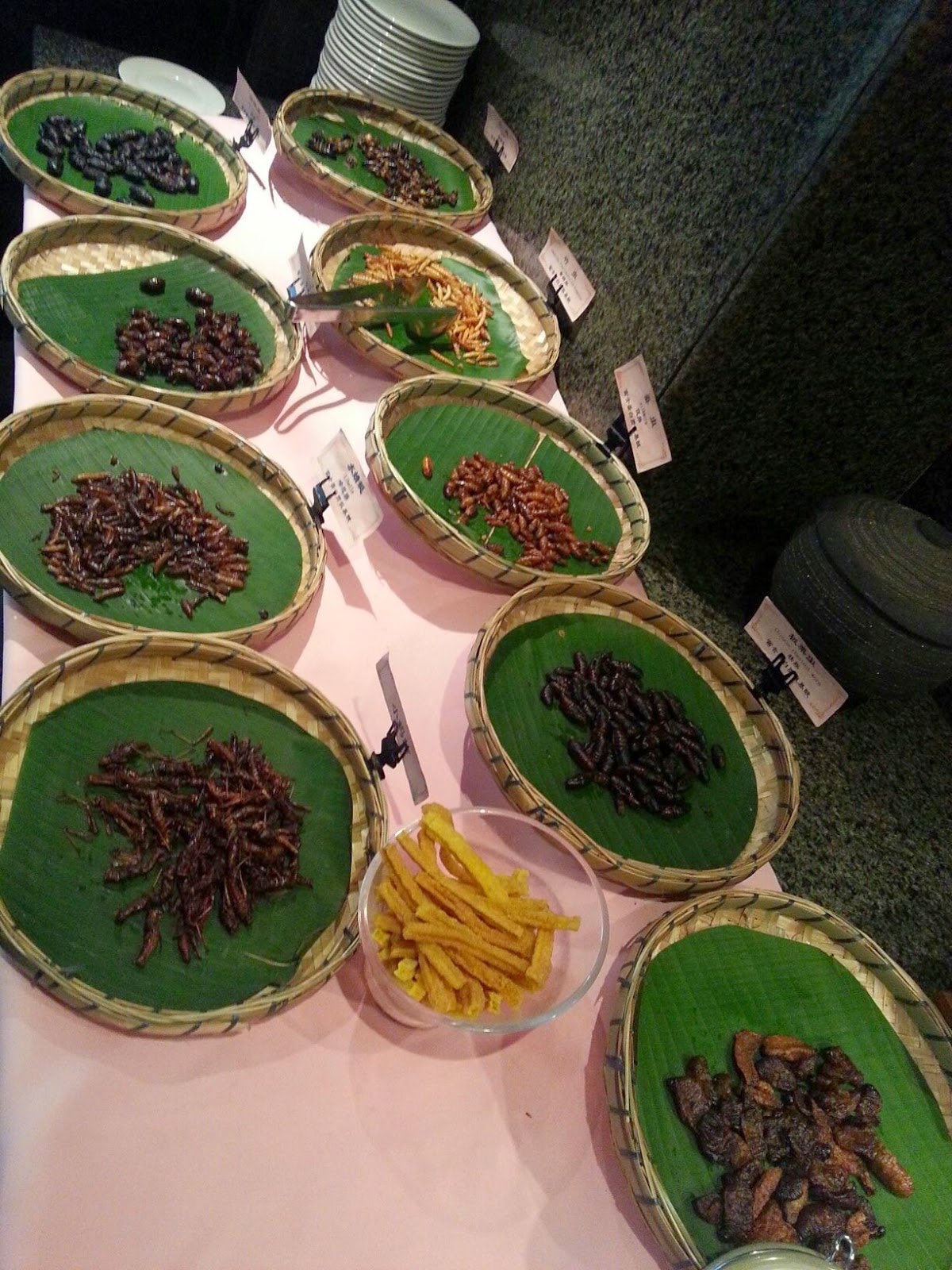 While Matteo is running around Asia... 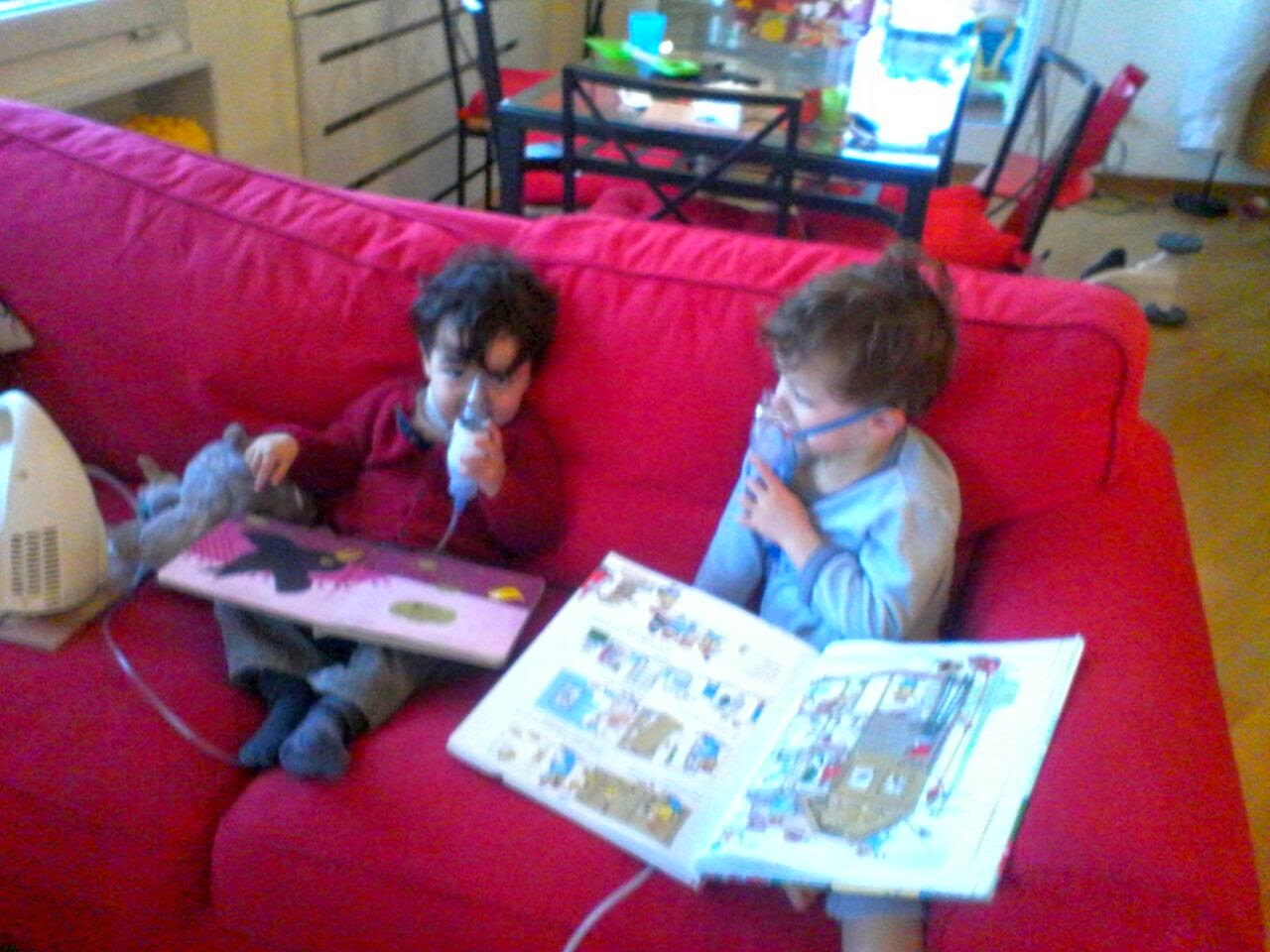 While Matteo is running around Asia like a spinning top (after Ulan Bator and Manila, I am heading to Nanchang for a few days, then Shanghai, and finally Beijing, before returning to Rome), the news coming from Rome are not very rosy: both Leo and Tommy are sick and under inhalation therapy. And apparently, Mathilde doesn’t feel very well as well.

Luckily we have Dr. Tommy in charge… 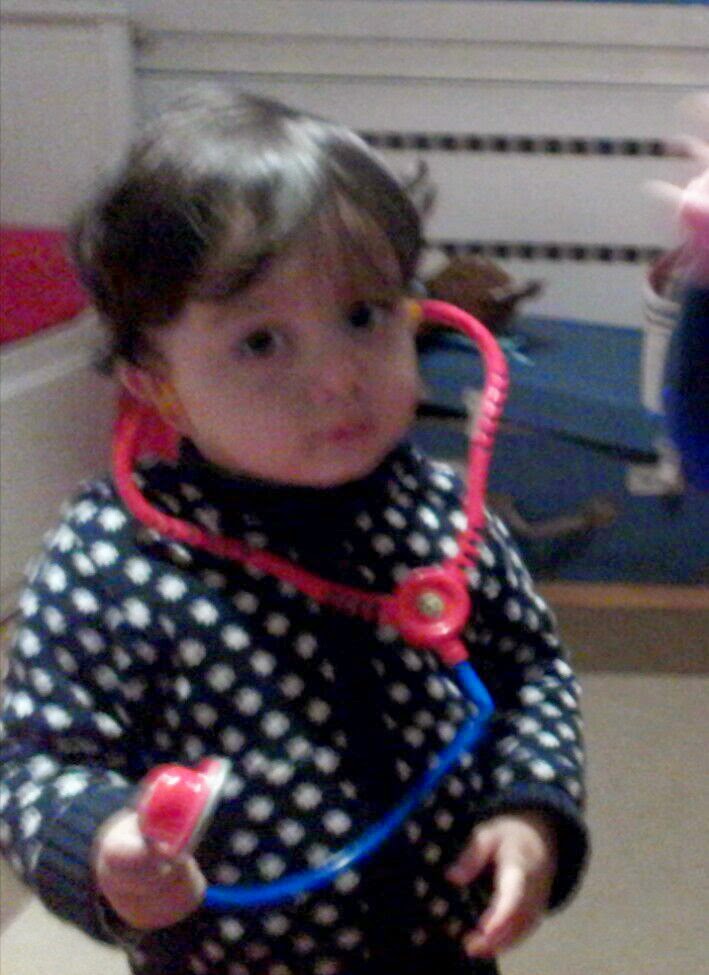 Posted by Unknown at 8:44 PM No comments: 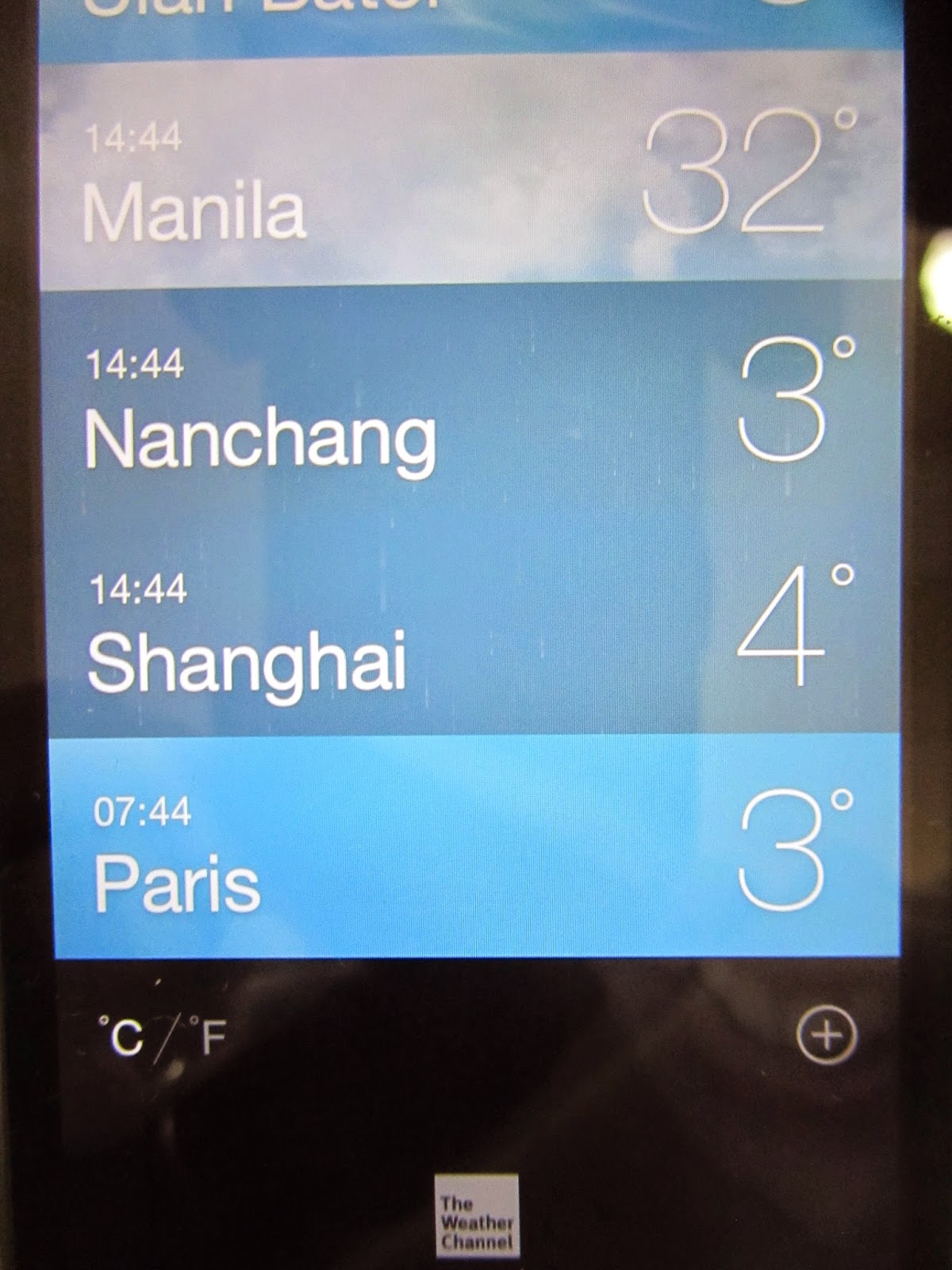 And after Ulan Bator, 8 hour flight and 61 degree Celsius later, Manila!
Posted by Unknown at 11:43 PM No comments: 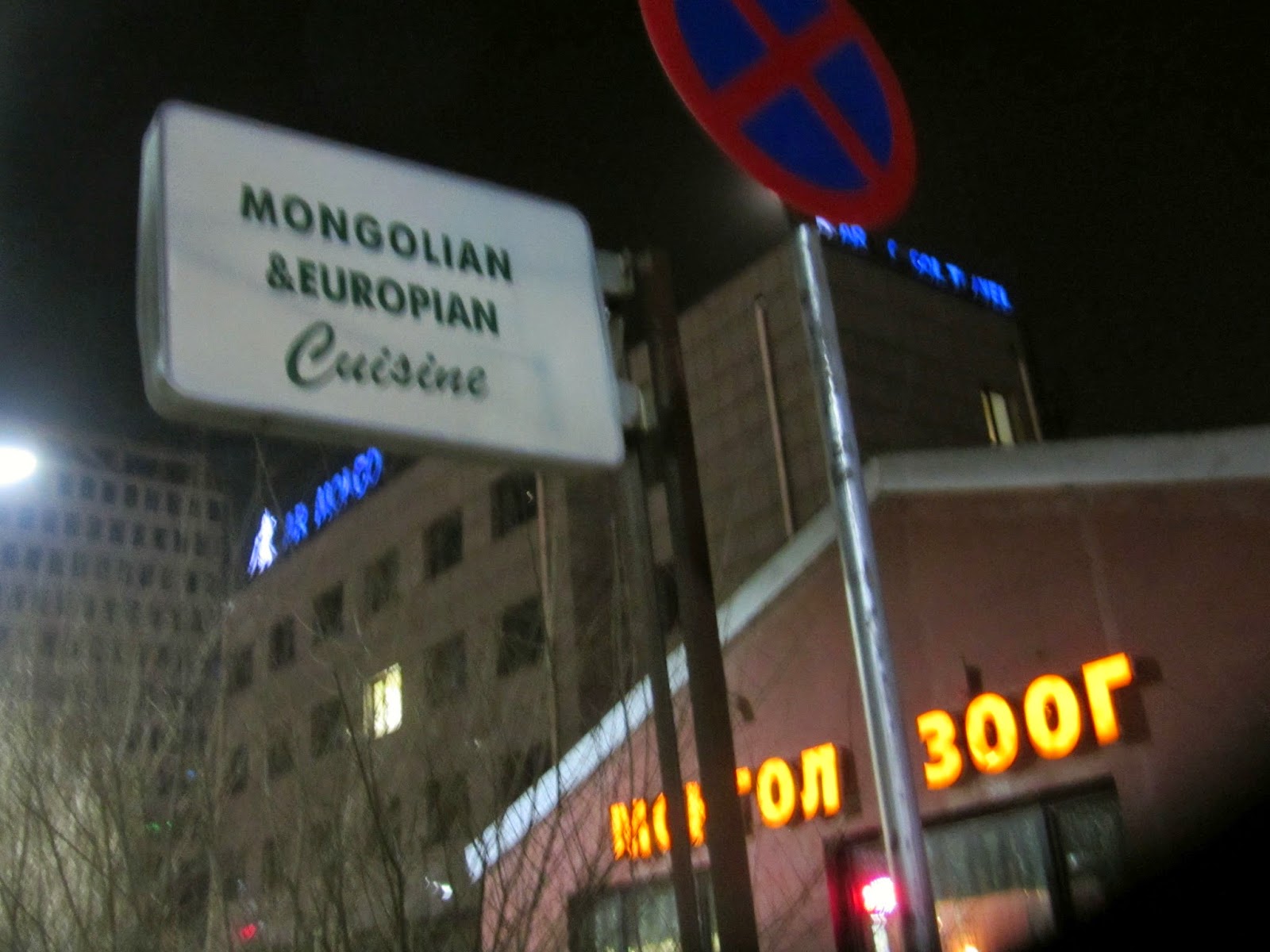 Fa anche rima! (it rhymes as well!)
Posted by Unknown at 7:31 PM No comments: 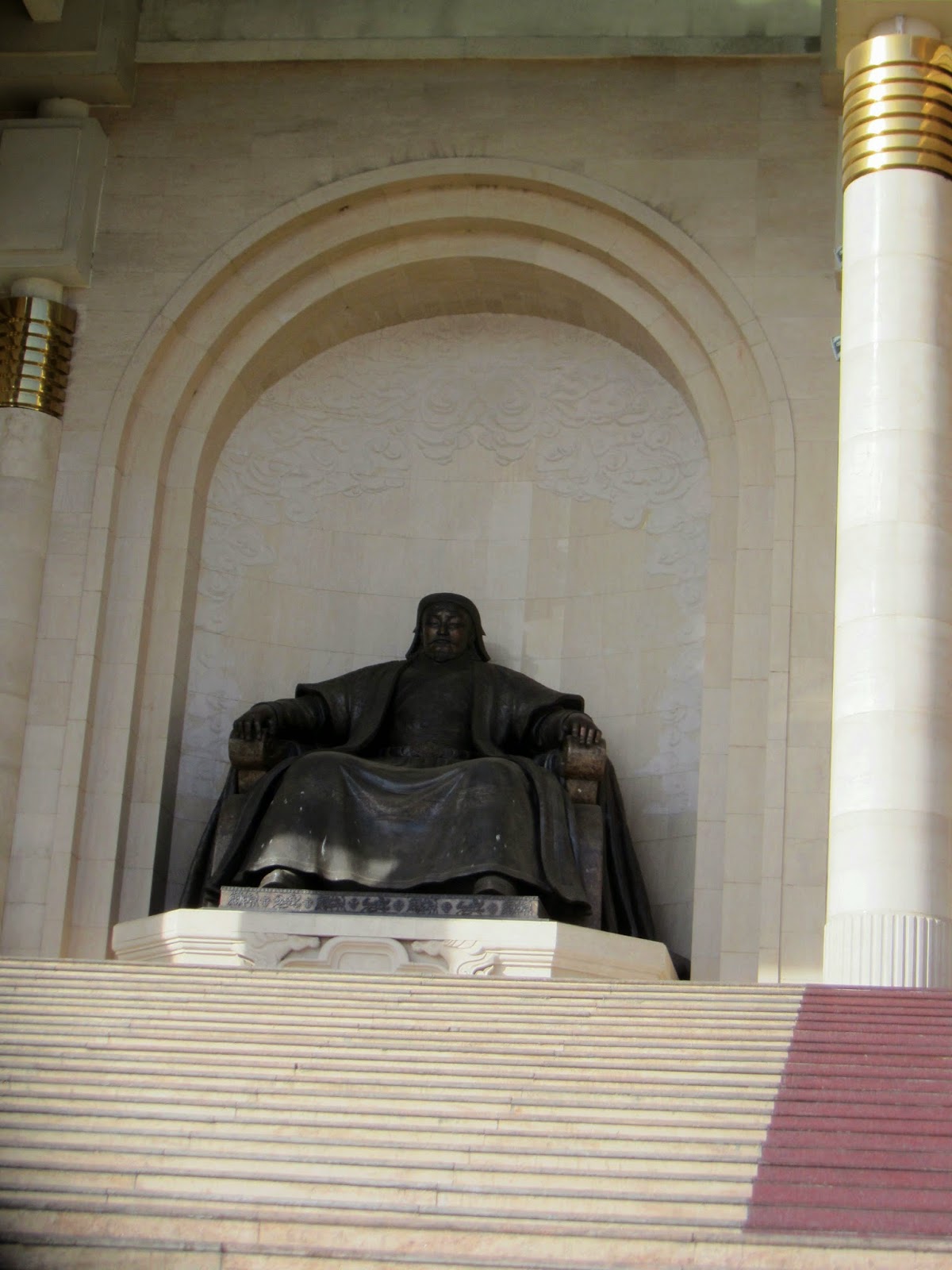 Genghis Khan (Chinggis Khaan in Mongol) was the founder of the Mongol Empire, the largest contiguous empire in history.

Renowned for being a great military leader and an extraordinary strategist, Genghis Khan is also credited for having unified the nomadic tribes of Northeast Asia, for establishing the first written Mongolian law, for practicing meritocracy, for fighting corruption and bribery, for encouraging religious tolerance, and - thanks to the cohesive political environment under his empire - for having increased the communication and favoured the cultural exchanges between the Buddhist and Taoist Northern Asia, the Muslim Southwest Asia and the Christian Europe.

Welcome to the land of Genghis Khan, welcome to Gengiskhanlandia!
Posted by Unknown at 2:54 PM No comments: 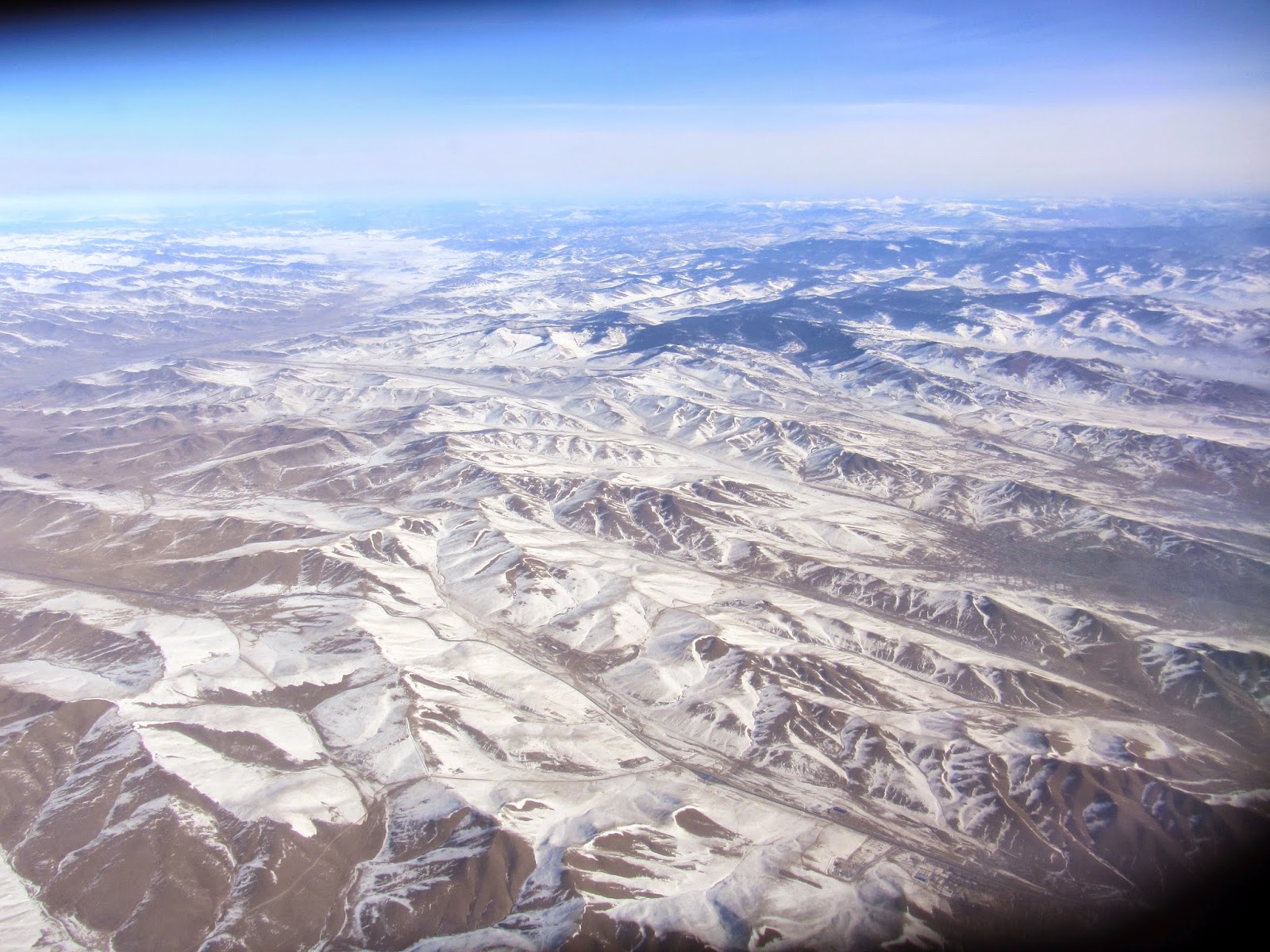 Vast, endless, pristine, essential… Mongolia has been for long long time one of my top three dream destinations (the other two are Patagonia and the Sahara Desert).

Well, this time it's Ulan Bator only. But in June…
Posted by Unknown at 11:13 PM No comments: 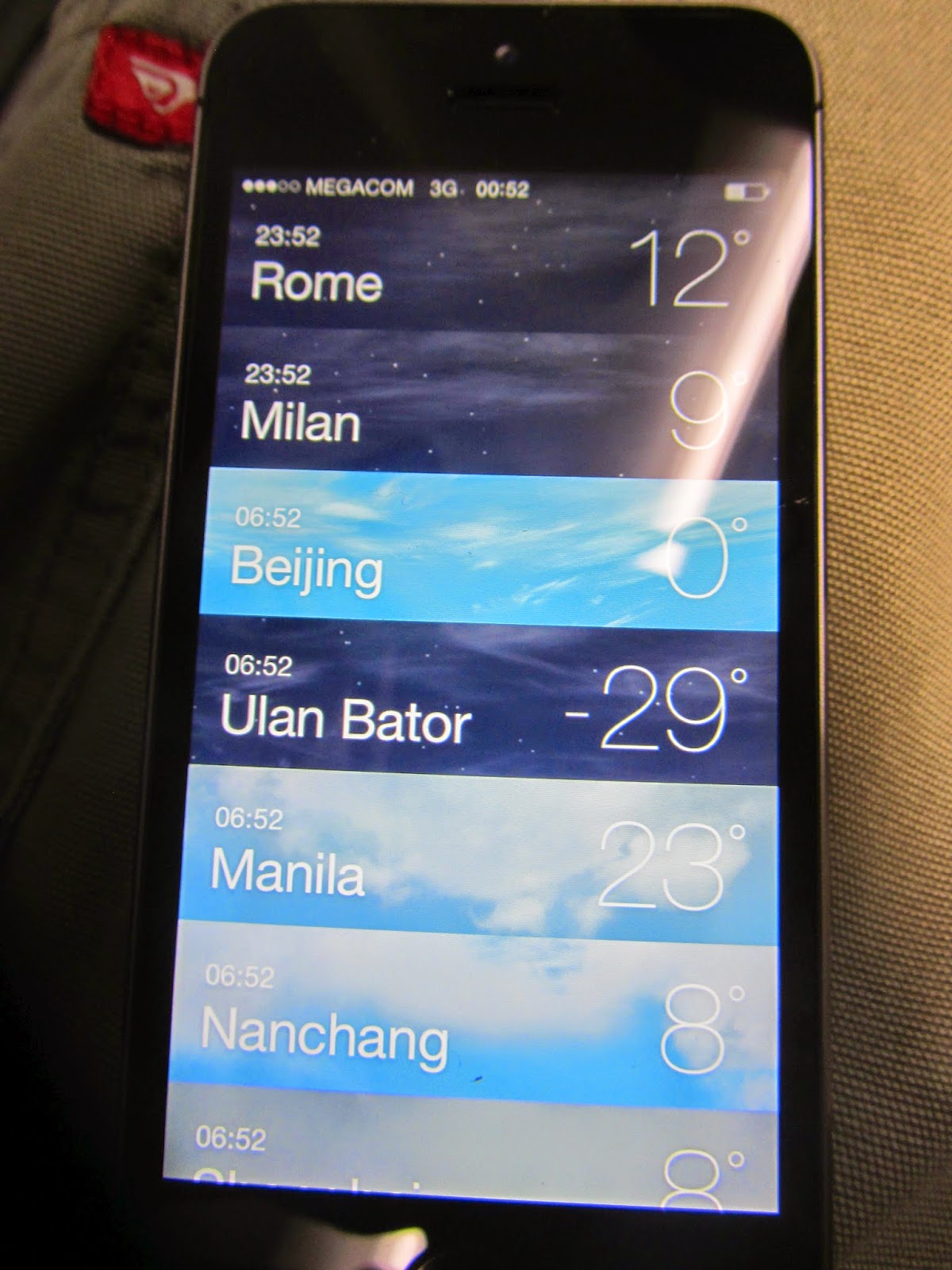 Not sure I mentioned it yet, but since October last year, in addition to the China portfolio, I am now responsible of the Mongolia portfolio as well.

And this is my first official trip to Mongolia.

Below is the conversation I had this afternoon during my first meeting at the Ministry of Finance: