Guess who I met in Siem Reap 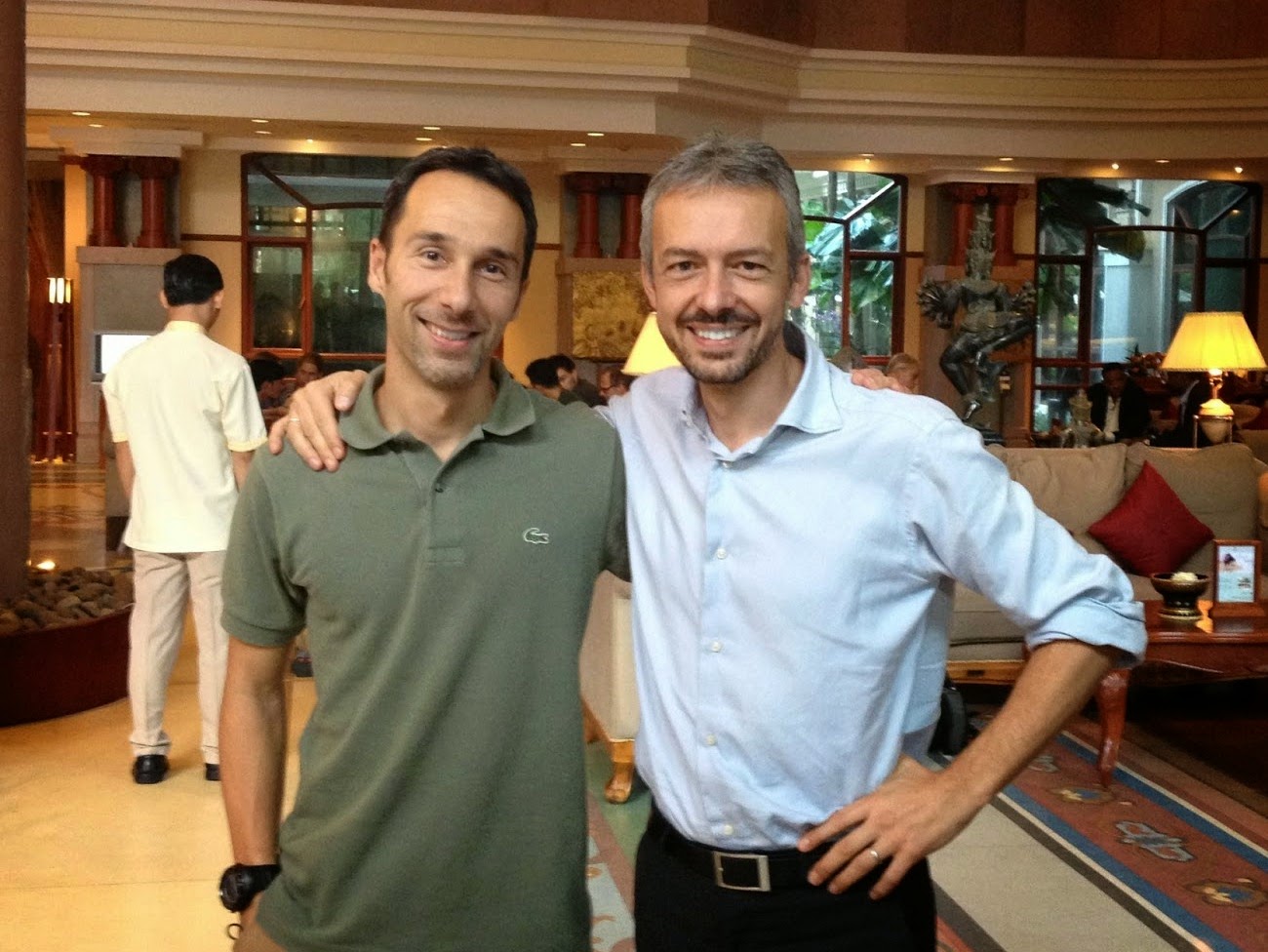 That of ‘the world is small’ is a recurrent theme in our Blog. Moreover, lately, for a strange stars’ alignment, I have been accidentally meeting many old friends during my trips. But of all the chance encounters of the past few months, this was the most unexpected…

Recapitulation of the last few years: while I was in Delhi, Emanuele moved to Mozambique. As Emanuele was regularly travelling to Delhi from Washington, his move to Maputo sadly interrupted his periodic visits and our regular meetings. Shortly after his move to Mozambique, I moved to Rome - perhaps not geographically, but certainly psychologically closer than Delhi. During this period, I have looked several times for an opportunity to go and visit him in Maputo - but, for a reason or another, I never managed it. Last August I have been very close to go to Mozambique on mission (I even had got my visa!) - but at the very last minute my trip was cancelled. And while I was thinking of a new chance to travel to Mozambique, Emanuele moved to Geneva. Well, now that Emanuele is just one-hour flight from us, I am sure we will be seeing each other more often, in Rome, Geneva or mid-way - I thought.

Well then, in fact we finally managed to see each other, but not in Rome, Geneva or mid-way, as I expected, but in the most improbable place and in the most accidental circumstances.

Last week I was in Siem Reap, Cambodia, to attend a workshop. On Thursday I was about to check-out from my hotel, and before switching-off my computer I absent-mindedly checked Emanuele’s Blog, and - unexpectedly - I saw his latest post announcing he had safely arrived in Cambodia two days earlier.

Without too much conviction (Cambodia is big, and the chances he was in Siem Reap were not too many), I wrote a comment on his post: Where are you?

Now, if the chances he was in Siem Reap were not too many, the chances he could read and respond to the comment in the few minutes before I checked-out were even fewer…

But against all the probabilities, Emanuele responded, and - surprisingly - he was in a hotel just five minutes far from mine!


And so, while rushing to the airport, I stopped by his hotel, where in 20 intense minutes we updated each other on the past two-three years. Looking forward to the next time: in Rome, Geneva, or… who knows???
Posted by Unknown at 5:37 PM