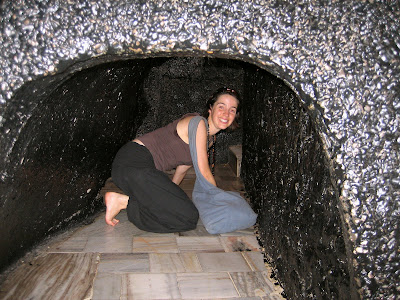 Apologizes in advance if we may appear blasphemous in this post (the Hindus don’t hold it against us), but the Mata Temple in Amritsar is certainly the funniest temple we have ever visited!

Colourful, kitsch, full of people that enter, go out, sit, prey, chat… far from the serious and solemn atmosphere of our cathedrals, the first impression we had as we entered this temple was to be in a ‘neighbourhood club’ rather than in a worship place. But perhaps that’s the concept of ‘temple’ for the followers of Vaishno Devi.

But the most bizarre part of the temple had yet to come.

A few meters after the entrance, on the left, we noticed a staircase with a sign saying ‘Vaishno Devi cave’. Intrigued, we started mounting the stairs. We ended up in what could easily be the ‘fright circuit’ in an amusement park: a labyrinth of steep staircases, narrow passages, and low tunnels leading to the shrine of the main deity. To reach the shrine, we had to go through a series of ‘tasks’, including going through a tunnel where the ceiling was so low that we needed to crawl on all four to pass, or through a cave with ankle-deep water.

When we finally reached the shrine of the Vaishno Devi, Mathilde and I had the same feeling: we never enjoyed so much visiting a temple! 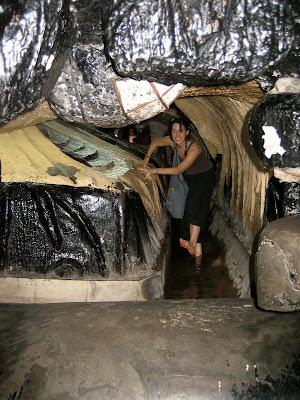 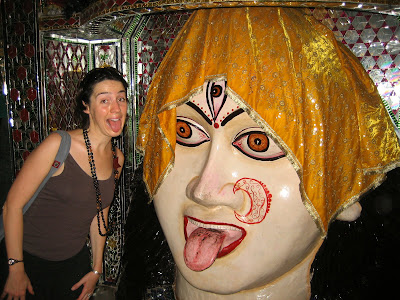