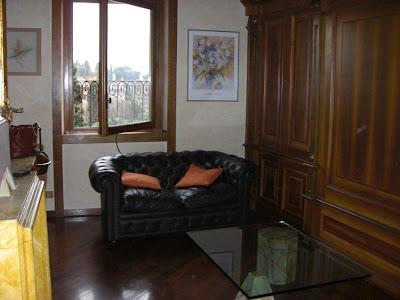 Almost as stressful as moving out, settling in can be a very exciting moment though. While it’s true, you are under pressure to find in a relatively short period of time a new house in a new city, and to take a number of critical decisions with a limited amount of information, house hunting is however a unique opportunity to familiarize with the new city and discover its secrets.

And as far as the secrets of Rome are concerned, a few days ago it happened to me to be brought to see an apartment in via del Colosseo, a sixth floor just above the Colosseo, beautiful apartment with an amazing view on the Fori Imperiali, furnished like the maison of a whore-monger.

The legend says that in the 80s that used to be the ‘pied-à-terre’ of not less than Bettino Craxi, who used to bring there his… [censorship].

Years go by, governments follow one another, but our political leaders behave surprisingly similarly...

(Anyway, this won't be our new home). 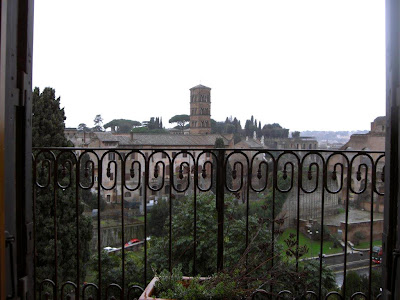