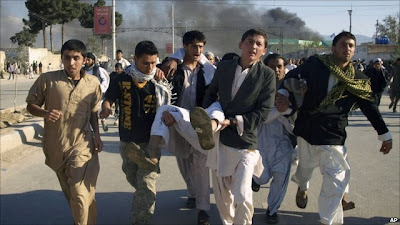 They are not the first, and they won’t be the last. And the number of people daily killed in the numerous conflicts around the world has probably made us a bit deaf or indifferent to this kind of news. Myself included.

But my blood literally froze when I read that ten, or probably more, UN staff members were killed today after protesters assaulted a UN compound in the city of Mazar-e-Sharif, in the North of Afghanistan. Two of the victims were cut their head off.