Journey into the darkness of Delhi 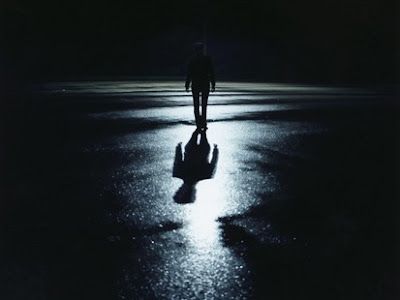 “Is it safe to leave your scooter parked outside unattended?” asked me Garvey while we were saying good-bye to each other yesterday night. “Well, I’ll tell you in five minutes” I answered laughing, leaving the hotel.

If there was one thing I was quite confident about Delhi in fact was that it is a safe place. Never experienced or heard of any theft, robbery, etc. In short, never been worried of leaving my scooter unattended.

You can then imagine how I felt when I realized my scooter was not where I parked it anymore.

However, if there is something I recognize about myself is that I rarely panic. I noticed a few tramps who were sleeping on the sidewalk where I left my scooter. I approached them, I woke them up, and (gesticulating) I tried to ask them if they knew what happened to my scooter.

In an instant I was surrounded by a dozen of tramps who were confusedly speaking to me in an unknown language (Hindi? Urdu? Telugu???) while holding me by the arms, by the legs, by everything (!) - while other odd characters were appearing from nowhere and adding up to the small crowd. I was trying to politely wriggle out and sneak off, when someone in the crowd said “Police”.

In short, what I guessed out of the conversation with this person (but please, do imagine the situation: trying to ask questions to someone that only speaks Hindi - if it was Hindi at all) was that the police removed my vehicle as it was illegally parked on the sidewalk.

With the help of my tramps we managed to find a rickshaw (indeed not an easy task as all the streets were empty as if the city had been abandoned). I jumped on it and - ordering the driver “Police-station, police-station” - I started what, in truth, has become a journey in the darkness of Delhi…