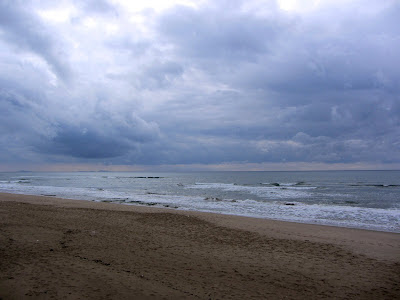 Today les M&M’s took a day off, left Leo to Claudia, our baby-sitter, got into their car, and drove south.

And driving, driving, they reached the sand beaches of the Agro-Pontino (the Pontine Marshes), a former marshland drained and reclaimed under the Mussolini’s regime in the 1930s, and now a suggestive plain separated from the sea by sand dunes. Pretty wild (at least on a February's Monday).

And driving further south, they finally bumped into the Mount Circeo, an isolated mountain promontory, today national park, but in the past said to be the home of the sorceress Circe. Here the legend says Odysseus accidentally landed on his way back to Ithaca, and then spent a year after having saved his crew from Circe’ spells.

Charmed, we will probably return for a relaxing week-end in the summer… 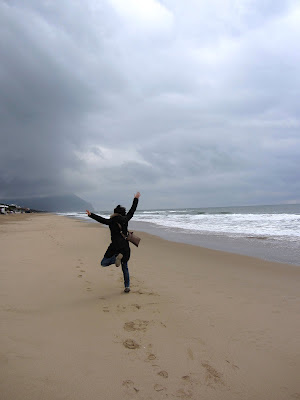