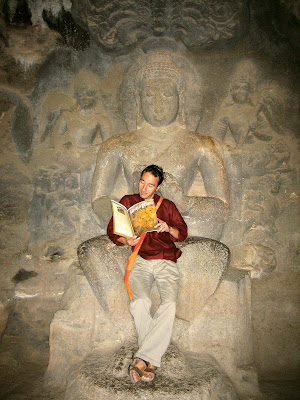 And so, my surprise week-end was in Maharashtra (the state of Bombay), visiting the spectacular caves of Ajanta and Ellora.

These caves were patiently and laboriously dug with hammer and chisel throughout eleven centuries (from the II BC to the IX AD) by generations of Buddhist, Hindu and Jain monks - who literally built their monasteries, chapels and temples digging in the mountains!

This would be already impressive in itself. What makes these caves extraordinary though are the decorations left by the monks: gigantic sculptures caved in the rock and frescoes of a sublime beauty - impressive if you think that some of them are dated more than thousands of years before those of the Sistine Chapel, and the techniques used (e.g. three-dimensional effects, false perspective, etc.) were adopted in Europe only centuries after.

Now - as the sleeping Buddha below - straight to bed. More stories and pictures in the coming days... 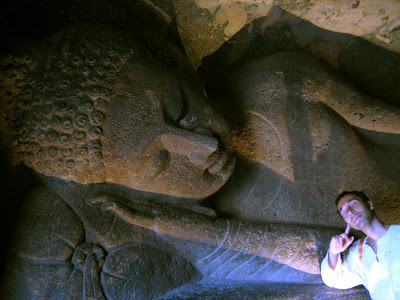