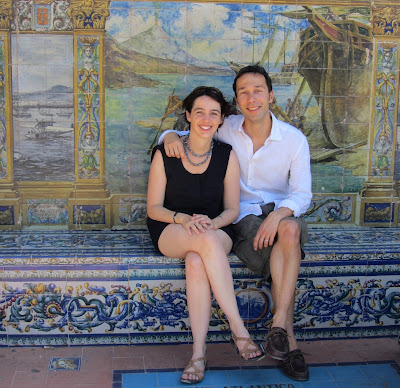 There are several reasons why we decided to move to Rome instead of going to Fiji. Getting closer to our families (certainly). Moving back to Europe after having spent many years overseas (surely). But - at least as far as I am concerned - the three main reasons why moving back to Italy did not seem too bad as compared to discovering the exotic beaches of Fiji and of the other Pacific Islands were:

(1)    To purchase a motorbike and spend our week-ends visiting the medieval villages of Tuscany, Umbria, and Marche;
(2)    To go on a ‘settimana bianca’ (skiing holiday week) every year; and
(3)    To visit a European city every month.

The arrival of Leonardo obliged us (me) to suddenly change our (my) plans.

Let me state it clearly: no regrets at all. But the motorbike of my dreams has been substituted by a less pretentious scooter, and I now spend my week-ends in the park below rather than zigzagging on the provincial roads towards Siena, Orvieto, or Urbino with Mathilde behind. Instead of going on skiing holiday weeks in the Dolomites, I content myself with sporadic, midweek one-day trip to the near Abruzzo. And except for our trip to London on the occasion of our eighth anniversary two years ago, we did not travel much outside Italy.

Perhaps for these reasons, particularly the latter, our week-end in Seville has been as if we were brought by a time machine three years back. And for a week-end, it has been nice to be three years younger… 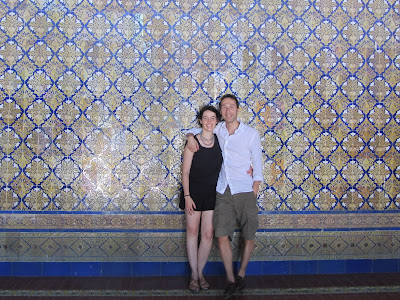 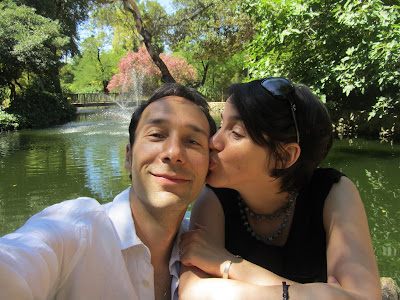