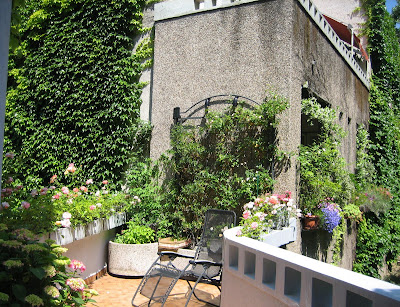 Nine months. This has been the longest period I’ve been away from home*.

And while in the past years I had managed somehow (or other) to pass by Milan shortly but regularly, and thus changes - that surely happened - appeared to me almost unperceivable, this time the changes of the past months appeared to me quite drastic - and I had almost to rediscover my own hometown.

Traffic lights and crossroads have been substituted by roundabouts. One-way-only have changed directions. The grocery store of my neighborhood changed name. In the garden of my school a tree (the tree that we used as post when we played football during lunch-breaks) has been cut. A cinema where I used to go (the Mediolanum) closed. New buildings are being built, old buildings have been knocked down…

At home changes have been not less (emotionally) drastic. At first sight, my room is almost as I left it. But looking carefully I could see that where I used to keep my CDs, there are now plenty of toys. Where I used to store my shoes, there are now diapers. And my frames have been removed and the scissors that I kept in my desk-drawer hidden, as the new ‘owner’ of the room can break them or hurt himself if he plays with them.

Returning home for the first time in a long time has provoked mix feelings. On the one hand the usual feeling of peace, comfort. The feeling of being at home. On the other hand the inconvenient sensation that time passes.

When we live abroad we tend to unconsciously (or presumptuously) believe that time passes for us only: we think our experiences make us change and grow, while what we leave behind gets frozen and preserved as it was.

This time my transit through Milan put me in front of this inconvenient truth: time passes everywhere. And changes may appear less drastic and dramatic than the ones I have been experiencing for the past years, since I left Milan (Geneva, Rome, Bogota, Addis, Brussels, London, Paris, Washington, Delhi) - but they do happen and keep on happening inexorably and irreversibly.

And while there is no place where I feel more relaxed, more in peace than my home, I wonder whether I should still call my home ‘home’… 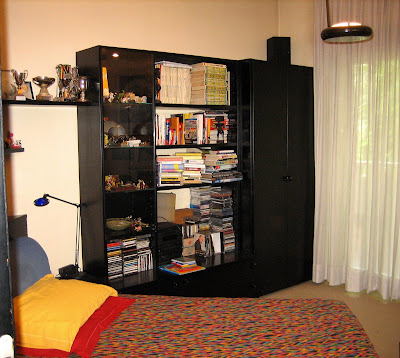