The last few days in Ladakh allowed us discovering another incredible part of this already incredible region.

After having obtained - not without difficulties - a special permit to be able to get close to the China border (there has been a war between China and India on these mountains in 1962), we left Leh and with trusty Pemba we went up the gorges of the Indus river towards East - until when the landscape begun to progressively open out, and the horizons to extend.

If Ladakh looks desolate, this part of Ladakh seemed even more desolate. When we finally reached Kozok, probably the only existing settlement near the Tso Moriri, we really had the impression to have reached the last stop before the end of the world... 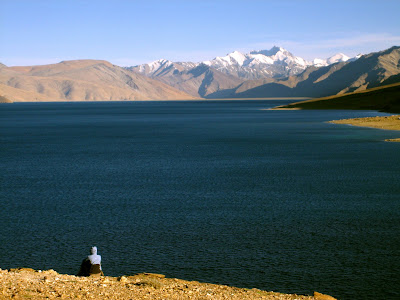