A taste of the Buddhist-Tibetan culture 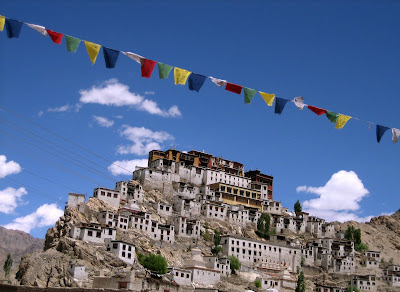 Our trip to Ladakh revealed itself being also an opportunity to get in contact for the first time with the Tibetan-Buddhist-Himalayan culture.

And while - it’s true - we spent most of our time in remote mountain paths, we could not avoid however to breathe the atmosphere of this Buddhist ex-kingdom. We managed to visit a couple of Gompas (we particularly liked that of Lamayuru, which dominates a tiny valley before entering into the Zanskar Range) and we found ourselves by chance in Kozok right when the local Gompa was celebrating - with strange rituals and typical masked dances - the Gu-Stor, one of the major Buddhist festivals in Ladakh.

In the end, we can’t say we got to the heart of Buddhism - but we certainly had another taste of this mosaic of religions that is India. 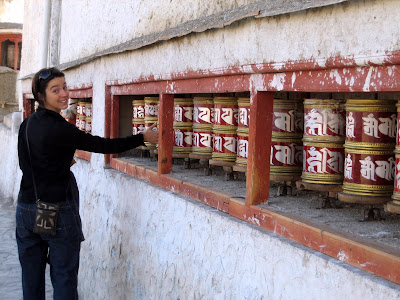