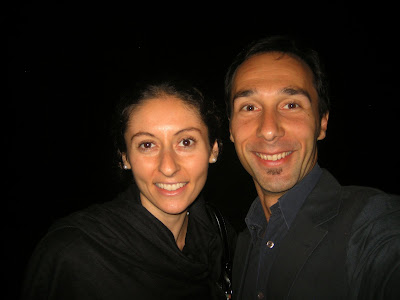 The story of Lauren and I is certainly curious. It seems in fact we have spent our past years running after each other. We met in London seven years ago during our Masters. After graduation we both temporarily moved to Northern Europe: Lauren to Brussels, and I to Paris. Not more than one year after we met again in DC, where we both found a job. We spent a few years there, meeting each other from time to time for a drink or so, until when Lauren left to Manila. Not later than one year after, I was on my way to Delhi.

We had completely lost track of each other until yesterday, when we met - absolutely by chance - at a workshop.

Who is following who? And, above all, where will we meet next time?