A (small as it is) moral dilemma 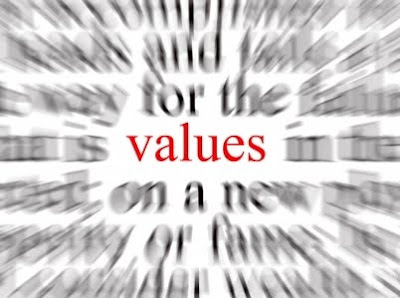 I would like to ask for your opinion and advice on the situation below.

With our departure approaching, we entered in that phase in which we started taking stock of our stay here in India and wondering ourselves what we gained and what we are leaving out of this experience.

And whether we like it or not, we could not avoid reflecting on what we leave to Pansigh and his family, and what it will happen to them after we are left.

Pansigh, our factotum: our cleaning-man, our cook, the one who does our grocery, pays our bills, irons our clothes, calls (and talks to) the plumber, the electrician or whoever is needed. Trusty, humble, always merry. And great chatterer (even if he hardly speaks a word of English - our conversations sometime look like dialogues of the comedy of the absurd…)

Pansigh, an invisible character of this Blog: discreet and apparently invisible, but always somehow present: I am sure most of you had already known him (and sympathized with him) much before this post.

What we gain and what we leave. During our experiences abroad we get to know and interact with a lot of people, and, overall, we give and gain in equal measure. But the relationship with the ‘household staff’ is completely different, distorted. It’s not an even ‘give and take’. We overbearingly enter in their lives, often taking over a previous ‘boss’ - as Pansigh uses to say - and with time they establish a relationship that is something between the dependency and the symbiosis. They work for you but they are a bit more than simply employees. They somehow become part of your family, and you, whether you like it or not, become somehow responsible for them…

Because so dependent from you, because so vulnerable, a recurrent question in these days is what it will happen to them after we leave. Or, to put it a bit more broadly, what are we leaving to them: does (and if yes, how) our short transit in their lives make their lives a bit better off?

When in Ethiopia, I used to offer English classes to my guard and my maid, Abush and Tigist, hoping that a better knowledge of English would have opened up more opportunities to them after my departure. With Pansigh, for a number of reasons, a similar thing has not been possible.

We discovered however a few months ago that Pansigh and his family (his wife and two kids) have never visited the Taj Mahal, and we thought that our ‘legacy’ to them could be to allow them discovering this Indian wonder.

And now our request for your opinion and advice.

When we first mentioned our idea to Pansigh, he replied with a non-enthusiastic ‘yes-yes’. We were a bit surprised by his lukewarm reaction, but in the end we simply thought it was his different way of expressing feelings. Cultural differences.

When we mentioned it for the second time, asking Pansigh whether he was free to go this coming Sunday, he vaguely replied that it would be better for him to go sometime in December. We started becoming a bit suspicious on why was he keeping on humming and hawing at this proposal.

When, on the third time we discussed this issue, he discovered that we were not going with him, he mumbled something, eventually concluding that he would go ‘95% yes’ - which, for those that know a bit India and the Indians, is a polite way to say ‘no’.

And here it comes our request for your opinion: how would you interpret Pansigh’s reaction, and what would you advise us to do?

As far as we are concerned, we figured out two possible explanations. First: we have a completely different set of values. We think that a visit to the Taj Mahal could be a lifelong experience for an Indian that would otherwise never have this opportunity - something that will last in his memories forever. But perhaps we are simply applying our mindset and set of values to Pansigh’s, without thinking that perhaps he could not care less - and that he would rather prefer a watch (as he has been asking me for months) than a cultural excursion with his wife and kids to Agra.

And thus our question: does it make sense (and is it right) for us to insist, to push Pansigh to do something 'we' believe will enrich him, or are we doing him a violence, are we putting him in a difficult situation, i.e. choosing between saying ‘no’ to his ‘boss’ and doing something he doesn’t want to do or he is afraid to do?

We thought that a trip to Agra could enrich a bit (certainly not change) Pansigh’s life, but perhaps he would be really happier simply with a watch…