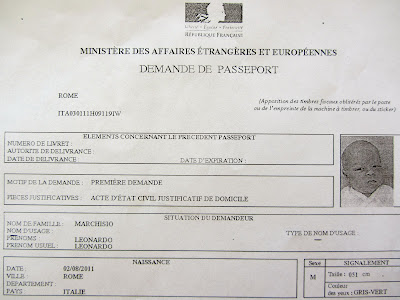 As far as football (and recently rugby) is concerned, there is little to say: gli Azzurri are still ahead les Bleus. But as far as the efficiency of our respective bureaucracies is concerned, well, unfortunately we have received a sharp lesson from the country of Marianne…

As Leo would have to travel to France in September to meet his French grand-grandparents, I went yesterday to the Rome General Registry Office to understand what needs to be done to get Leo an identity card to allow him travelling outside Italy.

But when, responding to the clerk on duty who asked me when Leo was born I answered ‘one week ago’, I was confronted by a healthy laugh.

“You see - told me the clerk once he managed to calm down - it usually takes fifteen days to register the newborn in normal circumstances. Now, consider it’s August, the staff is halved, we are working on summer hours, next week it’s Ferragosto (August holiday), and that the staff would need to make up for the backlog once it’s back from holidays. Try again in five weeks…”

Discouraged and with an unpleasant feeling of defenseless in face of the Italian bureaucracy, I went back home trying to figure out what we could have thought up to find a solution. But when I told Mathilde my misadventure, she suggested to try to call the French Consulate.

“Come tomorrow morning” was the answer.

And today we went. In less than one hour, Leonardo has been registered to the French Consulate, and in ten days he will receive his passport. A French passport… 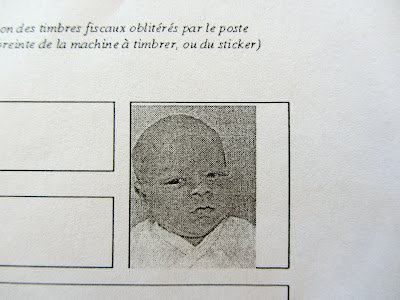